The term quiet quitting dates back to 2009, but it didn’t take off as an actionable concept until 2022. Quiet quitting has become ubiquitous in the workplace, as Gallup reports at least half of the U.S. workforce are quiet quitters. The term is a misnomer, however, as these employees have no intention of leaving their job. Instead, quiet quitting means performing the job as written and maintaining that firm boundary. As a result, employees are doing what their job description stipulates—no more, no less, and certainly no overtime.

Why Are Employees Quietly Quitting?

The pandemic forced many companies to switch to remote work models. Many employees began rethinking their relationship with work, especially when management tried to shift back to working in the office. Employees embracing this approach to work aren’t doing it because they’re lazy. Many are struggling with burnout and an insufficient work-life balance. They’re also keenly aware that the amount of work expected of them doesn’t match their wages or keep pace with the rising cost of living.

A Culture of Thankless Overwork

The reaction to quiet quitting often says more about managers than employees. Some managers are outraged and have threatened repercussions ranging from demotions to withholding raises to outright firing quiet quitters. However, quiet quitting doesn’t mean doing a job poorly or disengaging. Instead, quiet quitters are giving the amount of effort reflected by their wages. They’re no longer willing to perform the work of two employees while receiving the income of one. The quiet quitting movement and subsequent indignation have revealed that many companies have always expected their employees to overwork without a corresponding bonus or salary increase to reflect the added responsibilities.

Changing company culture takes time and consistent effort. However, businesses can identify and red flag trends that indicate workplace discontent, such as shifts in attendance. For example, a business may notice productivity dropping for a specific department. Attendance data may reveal those employees also consistently take long lunch breaks or call out frequently. While those employees may be quietly quitting, an ineffective manager might be the driving cause. Contact Actec to learn more about using attendance data to implement positive, effective changes within your organization. 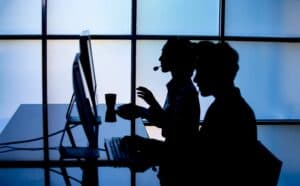 Call centers often experience high employee turnover, and insufficient onboarding processes are a driving factor. Companies that optimize the process can save time and money while improving employee retention. The following are several insights to improve the onboarding process for new call center employees:

Automation and self-service tools allow customers to find answers to many of their questions themselves. However, some situations require human interaction. How well a company onboards new call center agents directly effects the customer’s experience and loyalty. Contact Actec to learn more about implementing a nearshore contact center. 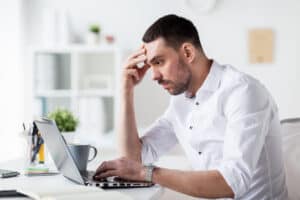 Retaining employees is often a top priority for HR managers. Companies spend a considerable amount of money on recruiting the best talent to fill their vacancies, but it comes with a hefty price tag. Refilling positions is even more expensive, as it can cost up to one-third of the employee’s salary to replace them. Businesses can influence employee retention rates by understanding the following:

Retaining employees is essential to maintain productivity, meet deadlines, and keep recruitment costs in check. Employees considering a job change are more likely to express their dissatisfaction with their job, arrive late, or leave early. These behaviors may escalate to outright absenteeism as the employees withdraw more from their position. Contact the experts at Actec to learn more about absence management. 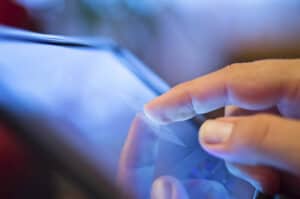 Personalization is a critical part of delivering a high-quality customer experience in the insurance industry. However, tailored experiences require customers to share their data with their insurance provider, something many may hesitate to do. Insurance providers need to understand the four primary attitudes about sharing data before they can take steps to convince customers to give out personal information.

Identifying which group customers fall into can be challenging early in the data gathering process. Thankfully, insurance providers can avoid major missteps with all customers by following a few guidelines. To start, explicitly explain what data they collect, how they use it, and how it benefits the customer. Make the information easy to find and use easy-to-understand language. Avoid asking customers for a lot of information too quickly, acknowledge their concerns about the sensitive nature of their data, and explain the security in place to protect their privacy.

Customer service in the insurance industry is often high stakes. Many customers only contact their insurance provider following a loss and will look for a new provider after a single negative experience. Text and chat services give customs the immediate access they need during stressful times. Agents also have an opportunity to establish a rapport and build the trust many customers require before they’ll share their data. Contact Actec to learn more about implementing text and chat services. 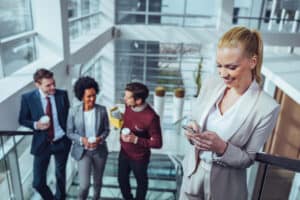 The following are several ideas companies can use to show appreciation for their call center employees: 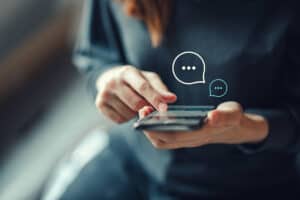 Businesses are struggling more than ever to foster customer loyalty. Today’s customers are more likely to look for new vendors or providers following a poor experience with the company. Customers have a low threshold for frustration, and service issues such as long hold times, agents lacking knowledgeability, or unresolved problems are more than enough to erode their faith in the organization.

Convenience is just as crucial. Customers no longer limit their comparisons to industry competitors. Businesses must now compete against tech and ecommerce giants like Apple and Amazon. These organizations set a standard of service delivery that customers expect from all the companies they do business with.

Customers have a growing preference for text message communication. Businesses that meet their customers on their preferred communication channels have an excellent opportunity to foster customer loyalty and deliver superior service. Contact the experts at Actec to learn more about implementing text messaging services. 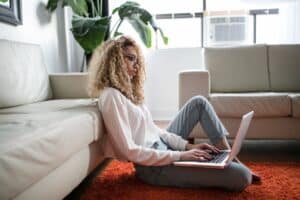 Working from home became an unavoidable reality during the pandemic. Many businesses have cautiously resumed in-person operations, but numerous continue to offer the option to work from home for part of the workweek. Some companies are 100% remote by choice, either due to a distributed workforce or the nature of their services.

Whatever the reason may be, managing a remote staff has unique challenges. The following are several strategies company leadership can use to manage employees outside of a traditional office setting successfully:

Remote employees can quickly spiral into disengagement and burnout without competent and considerate management. Attendance problems are also more likely without the proper support. It’s easy to start late, log off early, or take long lunches without regular supervision. Contact Actec to learn how our absence tracking mobile app can help you manage your remote workforce.

Call center metrics can reveal the overall health of a call center and determine its likelihood of success. Analyzing metrics and implementing data-based changes allows a call center to continually improve its processes and the service it provides to customers. The following metrics characterize top-performing call centers:

All these metrics influence customer satisfaction and are pivotal to securing customer loyalty. Organizations that analyze their call center data can harness that information to improve processes, service capabilities, and the customer experience. Contact Actec to learn how a nearshore call center can elevate your company’s customer service. 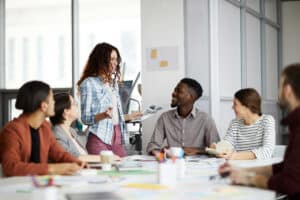 Understanding what motivates employees is critical to reducing turnover rates. Rewards are almost always an effective means of motivating employees, but such incentives may not be enough to sustain employees motivated by attitude or power. Signs of employee discontent include a drop in productivity, lack of engagement, and attendance problems. Actec offers an absence tracking mobile app to help organizations manage employee attendance, including leave requests, complying with federal paid leave laws, and tracking attendance trends. Contact us to learn more about reducing employee absenteeism and turnover. 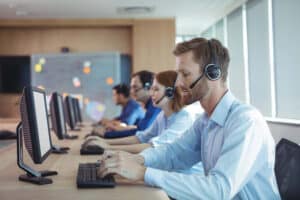 Several elements define a company’s culture. The company’s mission, values, and leadership style all affect how employees engage with each other and how customers view the company. A strong, positive company culture drives employee motivation, productivity, and morale. Establishing a company culture takes time, but businesses have several styles they can cultivate within their call centers.

Companies can make several strategic decisions to define their call center’s culture. For example, some may choose to focus on the customer by equipping agents with the best customer service technology and providing rigorous training to establish service standards. Others may unite their call center representatives behind a common purpose that speaks to their customer base. Whichever approach an organization decides to take, they need a high-quality call center to fulfill customer needs. Contact Actec to discover how a nearshore call center can improve your company’s customer service and loyalty.